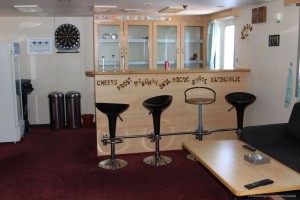 A crew member of offshore vessel reported pain in the arm and shortness of breath. Crew member from RMS Citation, which is a support vessel, had to be medically evacuated from around 7miles offshore Corpus Christi, Texas. Coast Guard received a request to provide an air medevac 45 year old crew member, which was promptly […]

Ship Detained In Australia Due To Expired Contracts of Seafarers

A ship was recently detained in one of the ports of Australia. And the deficiency was that several crew members’ contracts have expired and they have not been repatriated to their home land. Well though this brings to the notice of the whole world that seafarers have gone way beyond their tenure, but not many […]

Ever ACE, with container capacity of 23992 teu, has been in the news on her maiden voyage around the globe. She berthed at Felixstowe where locals were able to see the sight of world largest ship. Felixstowe have in past also saw MSC Gulsun coming on to her maiden voyage (being largest at that time). […]