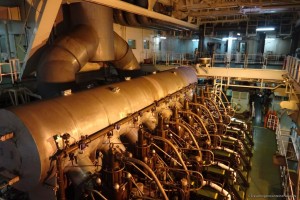 Is Sea Sickness Real Thing? If yes, How To Prevent?

Let’s discuss about sea sickness in this article as what is it and whether it is true or not. If yes, then what we can do to prevent sea sickness from happening. Sea Sickness is as simple as the name. People those who go to sea, for the first time (in most cases), find it uncomfortable for couple day […]

Captain and C/O Of A Ship Tested Positive For Corona

As corona virus spreads all across the world, it has not spared the shipping industry as well. News coming that the captain of an Italian tanker vessel FT QUARTO was found to be ill and later was tested positive for the Corona virus. Later chief officer also complained of some symptoms related to flue and […]