Here are some of the interesting facts:
1) The new shipping company will be called as COSCOCS. The first named after cosco and other one for china shipping line-CS.

2)   Will become the largest shipping company in the world after including all types of business like bulk, tanker etc.

3)   After merger, the combined vessel numbers that they have is more than 700.
4)   Right now largest shipping company is Maersk. But after merger, they will come to
second number.

5)   COSCO is much bigger company than CSL, with many subsidiaries.
6)   Company will have a worth of more than 22.95 Billion Dollars.
7)   Combined strength of employees will exceed 180000. 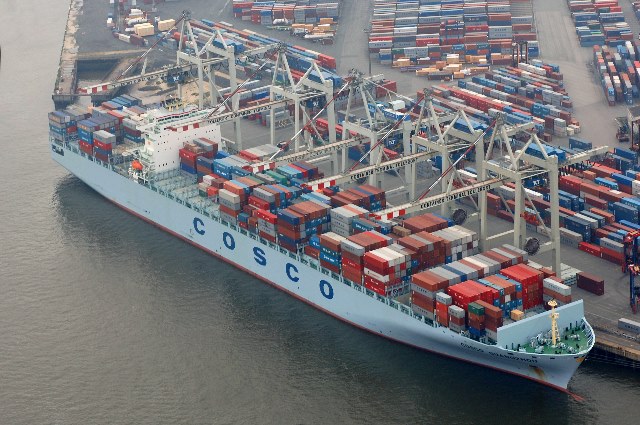 Image Courtesy: COSCO Line
The merger of both these shipping company is till debatable topic as how the merger will go on. And after merger, how things will work out for both, in this competitive market. On the other hand, the shipping market has been on downturn and we don’t have good signals for this year. As per the industry experts, this merger can both make the market good or bad, only the times will tell. Deciding the prices will be the thing, that customers and other industry experts looking for. Still the process of merging the container lines is going on. That is the difficult part of this merger.
Read This: Univan and Anglo Eastern Merger
But surely this big merger will going to escalate the competition between other player. New alliances will shortly be seen. This could prove worse for the small players to sustain. So, they either have to buckle up or they have to get merged with some big shots.
Hope you enjoyed reading this.

In this post i have given the list of shipping companies that are present in India or have offices in India. We have given the Address and other relevant information related to these companies. Such information will be useful in case you are planning a visit to the office or applying for a new job! Shipping Companies in Delhi 1) ANGLO EASTERN […]

Read How to Utilize Your Free Time At Sea Wisely

Read this article know about as how to spend your free time at sea wisely, especially during the long voyages. Well at sea, especially when you are at long voyages, boredom can strike you a lot. Movies, videos and other stuff are not enough to kill the time. In fact, you get bored easily. You […]