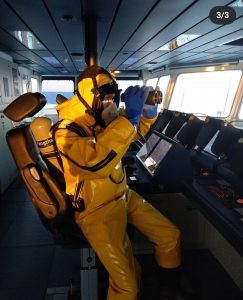 A crew member of offshore vessel reported pain in the arm and shortness of breath. Crew member from RMS Citation, which is a support vessel, had to be medically evacuated from around 7miles offshore Corpus Christi, Texas. Coast Guard received a request to provide an air medevac 45 year old crew member, which was promptly […]