As per the various sources and news houses, DGCA has made the decision to keep international flights shut till 30th June. Government of India yesterday issued a documentation regarding opening of lockdown in India, famously named as ‘Unlock 1.0’ by the media houses. Soon after that DGCA, which is the prime body in India for civil aviation said that the international operations will remain shut 30th June. On the seafarers point of view, that is not much great news as lot of seafarers are stranded on ships as crew changes are restricted and happening in selected ports only. International flights to operate smoothly, other countries should also start the system of same.
More News: Companies Will Pay More Salary For Late Sign off
Though Indian government have given permission to use the chartered plane by ship management companies, not much have been heard in this area. Domestic Flights have been operating since 25th May. 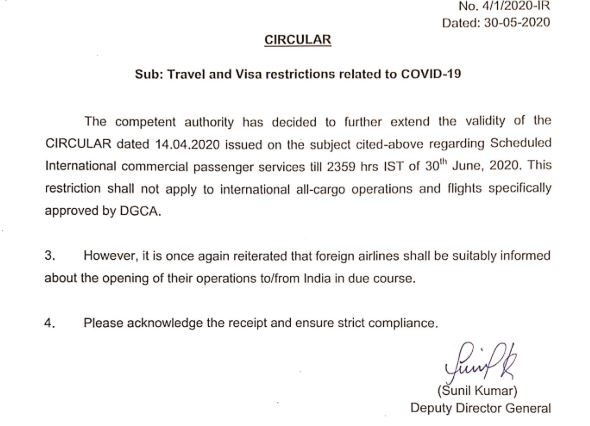 Update: Cruise is sailing to Manila city of Philippines. It is expected to drop crew members there. She left Australian port on 23rd April and expected to reach Manila on 6th May. RUBY Princess Cruise which is currently docked at Port Kembla (Wollongong, NSW) in Australia. As per the news coming, around 300 Filipino will […]

Corona Outbreak on another US Navy Ship

As per the news which is coming, A US Navy Destroyer ship- U.S. Navy destroyer USS Kidd- has reported the positive cases of corona onboard. Although the exact number of sailors who are affected have not been disclosed yet, but Pentagon did confirmed that ship has people which are infected by the virus. We have […]

Congestion at the two biggest western ports of United States is all time high now. As per the official figures that have come, around 50 ships are waiting outside the port to enter for cargo operations. This is by far the most in this history. The surge in demand for the imports has led more […]