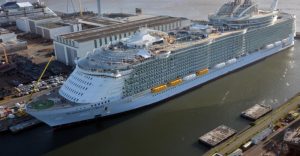 As we know recently Maersk unveiled the design of their much anticipated future ships which will be duel fuel operated primarily operating on Methanol. Earlier they ordered 8 ships from Hyundai Heavy Industries (somewhere august last year) in their mission to go carbon neutral. Looking at the future, now they have ordered 4 more ships, […]

I was talking to a shippy, (pet name for  the mariners or sailors) the other day. I happened to tell him that like me, my husband too was a hands on trainer; in fact he was a whole training school. He is tough but his juniors get so much to learn from him and free […]

Recently a video of a bulk carrier- damaging a railway track went viral. Upon investigation it was found that the railway bridge which is in panama canal was completely destroyed by the ship and rail movement is no longer possible. It is reported that incident happened on 23rd June. Though there is no news of […]