The making of a queen

I recently discovered that a sailor’s wife is actually called a Queen! Late discovery but the feel of it has been there for ages. After the late discovery…. why is it sounding like a late harvest to me? May be I am putting all those moments as ingredients for making a good wine! Wine has clarity, taste, body, maturity and something unique to it in terms of being sweet, woody, earthy, or may be just plain dry! Let’s see what has made this wine strong, if it can be called so!

We were travelling across the state of Kerala (India) after our marriage. We spent almost half a month there. It was my choice for a honeymoon destination, over hubby’s Maldives beach holiday. Reason? I’ve grown up in Kerala and love its people and culture. Childhood memories and growing up years are always special. I wanted him to connect with the place I had so many fond memories of.

In fact I use every opportunity to travel to the state and at every time possible!

We were at the ancient palace at Trivandrum, the capital of Kerala, clicking pictures like newly married couples do, and other tourists would offer to click some for us. There were no selfies those days, you see! An elderly lady who was sitting there, reminiscing in the beauty of the palace was watching us. She told my husband to always treat me like a queen. I really liked the way she said it, that brought a smile on his face and I could see sincerity and love in his eyes. It’s been many years but I have remained his queen, he never ceases to treat me like one.

A queen has to always hold her head high

Where does the strength come from? I guess it’s just harnessed from within. She has to play multiple roles that of a wife, mother, son to the in laws and man of the house most of the times in her sailor’s absence. The most difficult time for her is when the sailor is all set to join back on work.

It isn’t any easy for him either. He starts preparing for it weeks in advance. It’s more of an emotional preparation rather than collecting items on the packing list or completing errands on the ‘to do’ list. He’s going to be away from family, his near and dear ones for long. He may get to speak to them but it won’t be that regular. His children are going to achieve small milestones that he might miss. He also would miss the little family events children’s or his spouse’s birthdays, his anniversary or the festivities. He’s going to be away from all of the little joys of life. He prepares in his heart and mind to detach and be ready for the call of his duty. He knows he’s doing all this for his family, for their happiness. He thinks like a provider. The logic gets the better of him and the sailor is all set to go, sign on for his duty. 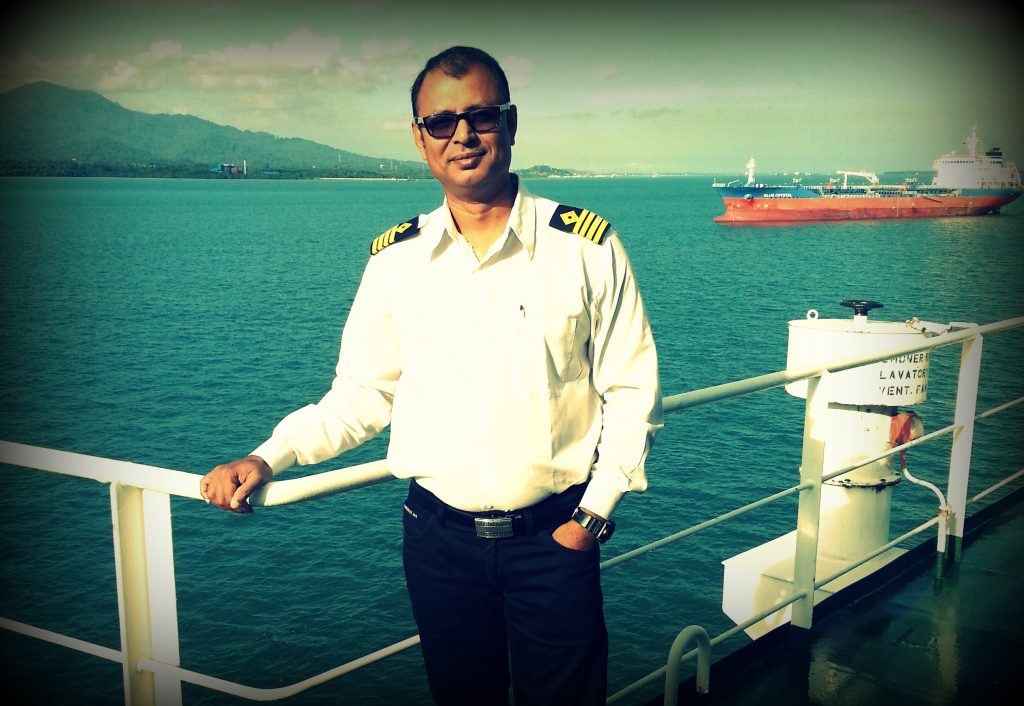 The queen prepares herself too. Showing all the strength that she can and keeping a smile on her face, assuring her man that she’ll be fine and so will be everything else.

In a deeper level she starts missing him right from the moment there is an intimation of his joining back, missing him even before he left. Trying to, soak in as much as she could. Making him talk just to hear his voice, looking at his face and make a mental note of every fine line that might have appeared. Every mole that might have pronounced itself and see how broad his smile could get. These are the things that’ll keep her going month after month till she meets her man again. This wait will never be easy but it’ll certainly be ‘worth it’ in every single way!

Distance is to love like wind is to fire; it extinguishes the small and kindles the great!

The distance is just a matter of separating two in physicality but the hearts are connected. This connection strengthens the relationship and the love grows deeper. The countdown begins the day he leaves home and every passing day brings him closer home; with the hope of fair winds and following seas always.

The Maritime Industry Authority (MARINA) extends the validity of statutory certificates previously issued by the agency and its Recognized Organizations (ROs) for Philippine registered ships engaged in the international trade until 31 May 2020, as a contingency measure to ensure that the flow of commerce remains undisrupted during the COVID-19 outbreak. “This is in support […]

This time we are interviewing a sailor queen Laxmi Todiwan, who has been a contributor here on Mariners Galaxy. We had a few questions for the lady who wears many hats and each one that she has earned for herself, not only bringing pride to her family but also the entire fraternity. She is a […]

One Reply to “Emotions: When Your Sailor Is All Set To Join Back”