Skip to content
Lots of people and young folks ask us as what is the difference between the merchant navy and navy. Well the answer to the question is quite obvious, but then we thought of covering this topic in details so that we can cover all the queries of the people. Let’s without wasting much of your time and our words, we see what is it?

Difference Between Merchant Navy And Navy

Here are some of the differences we have:

The Purpose-The Commercial and National

Navy and Merchant Navy are two different branches of same field. Navy is out there for the service of the nation and protect the country from the eminent threat through waters. They are under the direct supervision of the nation’s government. Their main purpose is to guard the water boundaries of the nation. 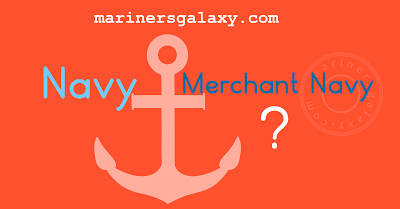 On the other hand, Merchant Navy is a commercial setup. They are there to transport goods from one place to another. Trades between different countries are through the merchant navy. That is why the name ‘Merchant’ is used. Both do not operate together. One is for nation and other is for the whole world.

For joining both have different paths. While in some countries like USA, the training is similar and in the end, they ask the cadets to choose which field they want to go for. On the other hand, in countries like India, they have separate paths to enter both.

Work Of The People

While work on both types are little different. But there are similarities as well. Like in both we have navigating and engineering branch. Navy will have extra people for the arms and ammunition. If it is an aircraft carrier then they will have fighter aircraft also. And yes we can’t forget about the submarines as well. On merchant ships, you will only have place for cargo. But yes navigating officers and engine officers are present
here too.

There is a huge difference in the man power. A standard size merchant vessel at max will have around 25 people working, including officers.
A Navy Ship 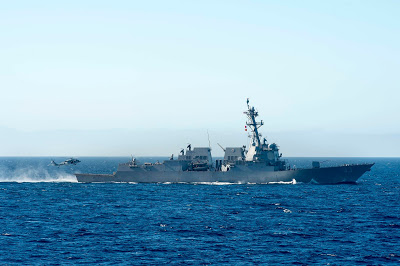 On the navy side, you have around 500 people or may more than this working on a ship. On an aircraft carrier, people will be more. This is because you need lot of man power for the daily operations at sea which includes arms, food etc.

Navy ships only comply with the rules of the country which they belong to. They are not subjected to rules of international organizations.
Merchant navy being global in nature has to comply with all the rules and regulations like SOLAS, MARPOL etc. Plus they have to comply with national laws also to the country they are visiting.

This a true fact that the navy people get lesser salary as compared to the merchant navy people. This can be attributed to the fact that they are here for the national job and they are there for the commercial process.
But then, Navy people will get other benefits that are offered by the nation government. It will not be wise to match these two on the basis of salary. One is there for nation, for pride etc. and others are there to support the world trade, which is also important.

Types of Ships and Gear

Well surely ships made for the goods and trades are fully tailored to meet the demands. Structural theory for both types of ships will be similar, but the purpose is different. Also, usually navy ships don’t use fuel oil to fire their ships, but merchant vessels are totally depended on the fuel oil only.

Navy operations are only limited to the areas where their national waters are. But for special missions and operations they may go to other places as well.
Merchant Vessel 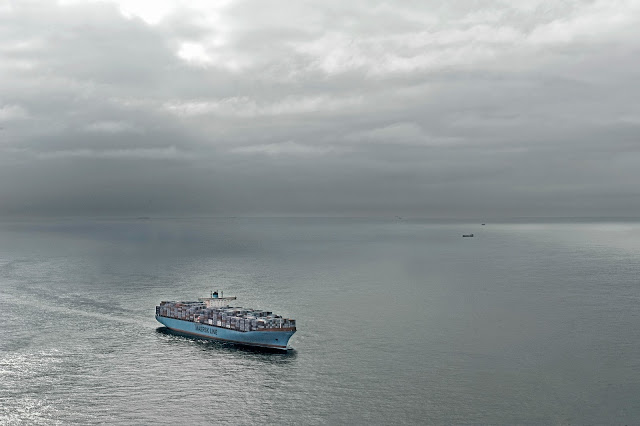 On the other hand, merchant navy is purely global and they will move on to the other places very frequently as trade demands.

Since in navy you are working for the government, the leaves and months of working are totally dependent on the government policies. In merchant navy it depends on the contract that you have signed. If you want to sail-sail. And if you don’ want to-don’t sail.

Note: Working in Navy does not necessarily means that you have to be on ship. Navy have various points of operation on land, which controls and coordinate ships. There are many personals working on land as well.

Which One Should I Join-Navy or Merchant Navy

Well, the choice is fairly simple.
If you want to serve nation, want to live that life of defense forces, don’t want to be away from family and nation. Want to take pride in serving the nation-then navy is the place for you.
And now, if you want to visit world, earn some more bucks…..then merchant navy is the right place for you. The choice is yours.
Hope this piece of information was enough to clear the doubts that many people have. If you think that we have missed have something, then please feel free to write that in comments. We are eagerly waiting to listen from you. This was all from this article on Which One Should I Join-Navy or
Merchant Navy.
Image Credits: US Navy and Maersk Line

Are you going to join ship? If yes these points that are mentioned here are good for taking a handover (if you get one). With fast cargo operations, there is not much time for handover to be done in a thorough manner. Here we have mentioned some of the points to be asked, which will […]

Dating a sailor is an experience in itself. To some it may sound glamorous and fascinating, and to some difficult. But ever since I started dating one, there’s so much I have learnt about relationships and life in general. Though the pangs of separation is tough, and might sometimes take a toll on you, having […]

3 Replies to “Difference Between Merchant Navy and Navy- Thoroughly Explained”