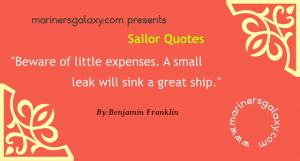 International maritime academy, also known as Institute of Technology and Maritime Engineering (ITME) is a preeminent technological institute situated in Chennai, Tamil Nadu. It was established in 1999 for the pursuance of technical education in the field of merchant navy in India. The IMA is acclaimed by the Directorate General of shipping (DGS) Ministry of […]

Australian Sailor Robbed At Gunpoint by Pirates In Bali

Tadeusz Nowicki was sailing in his yacht near Bali when 10 armed pirates boarded the yacht and robbed everything. Following items were stolen like passport, Radio, Food, Fuel and even steering wheel was taken off by the pirates. And was left to die, without food and water. Tadeusz was able to activate emergency positioning indicating […]