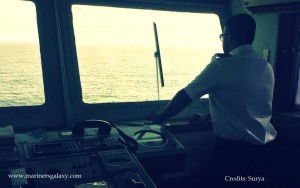 Collision between Container and Bulk Carrier in Singapore Strait

There has been an incident of collision between a container ship (Iranian) and Bulk Carrier (Indonesian) in Singapore Strait. As per the news, container carrier suffered a major damage on the port side, with possible hull breach. After collision, both ships grounded. Mostly this was after collision to avoid each other way. Name of the […]

10 Reasons To be a Boat Girl- Tells Fellow Woman Sailor

A fellow woman sailor tells her story about the 10 reasons why you should go for this profession, so called as ‘Sailing’. 10 Reasons To Be a Boat Girl or Woman Sailor Starved for attention: A boat is the best place to be. Everyone will always be looking at you. It’s not only because most […]