LHD is nothing but a multipurpose invasion ship which is capable of operating helicopters and has a well designed deck. Construction of the ship started in Spain in 2008, with a framework launched by Navantia in 2011. The frame was then transported to Australia in late 2012 for the finalization by BAE Systems Australia. The final delegation of Canberra was on 28th November 2014.

Here are the details, you need to know about this warship.

Canberra class’s basic structure is based on the warship Juan Carlos 1, manufactured by Navantia for Spanish Navy. But design is somewhat different from Carlos 1 because of the modifications in island superstructure and internal layouts, so as to meet the Australian conditions and necessities. The Canberra-class vessels are 230.82 metres long with the maximum beam of 32 metres. At full load, Canberra can displace 27,500 tones, making it the largest vessel to serve in the Royal Australian Navy. The electricity is supplies by a combine diesel and gas system, with a single General Electric CM2500 turbine generating 19,160 kilowatts. Though the maximum speed is 20 knots (37km/h) but with full-load the speed gets reduced to 19 knots (35km/h). 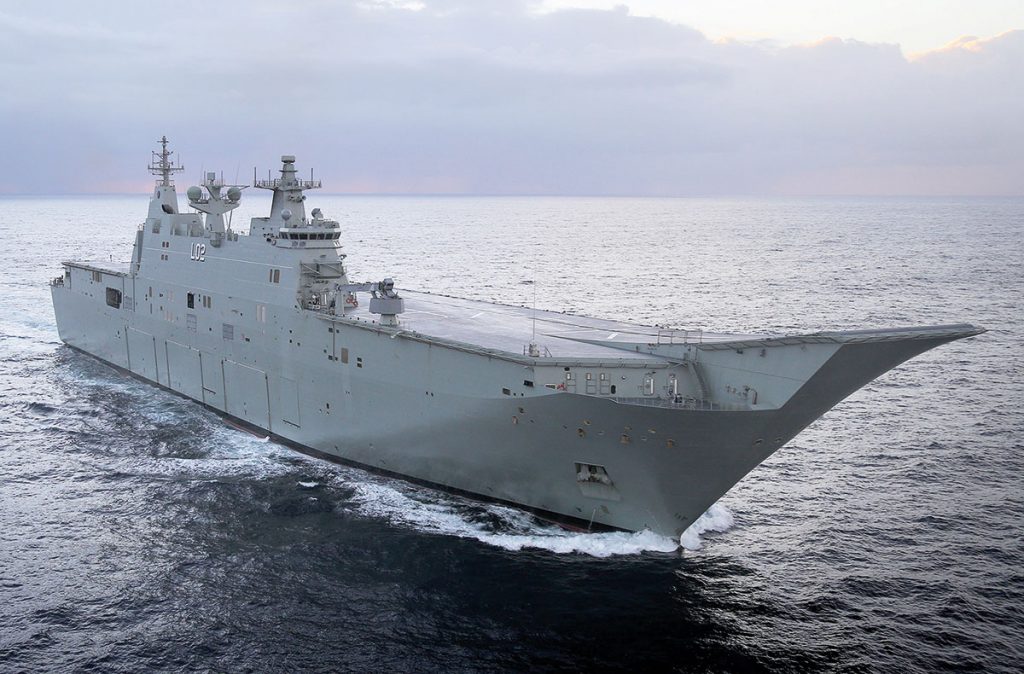 The LHDs can transport 1,046 armed forces with their required equipments. Canberra is capable of arranging a toughened company of up to 220 soldiers at a time by airlift. The deck can carry up to four LHD Landing Craft, which can be dispatched and retrieved in conditions up to Sea State 4.The ski-jump ramp of Juan Carlos I has been retained for the RAN ships, though the fixed-wing flight operations are not deliberated yet for the ships.

Construction of This Warship

The foundation of Canberra class LHD was laid down in September 2008, when the first steel was cut. The first three of 104 hull blocks were installed by Navantia at Ferrol in northern Spain on 23 September 2010. The hull was launched in February 2011 by Vicki Coates, the widow of Rear admiral Nigel Coates, a former commanding officer of the previous HMAS Canberra. After the completion of the hull up to the level of flight deck, Canberra was brought to Williamstown Victoria. The hull was floated on top of the heavy lift ship MV Blue Marlin on 4 August 2012, with Blue Marlin departing on August 17. To avert any possibility of hijacking by Somalia pirates the ship was sailed via the Cape of Good Hope.  Canberra and Blue Martin reached at Port Phillip on 17 October.  The setting up of the equipments of Canberra’s island superstructure and the interiors of the hull was completed by BAE System Australia at Williamstown. The ship was officially baptized on 15 February 2013. BAE continued to build the vessel, integrating C3 (Command and Control & communication) and sensors to the ship’s superstructure.

HMAS Canberra instigated sea trials on 3 March 2014, sailing for the first time under power. The trials program included a voyage to Fleet Base East in Sydney for dry docking test, before returning to Williamstown for communication and weapon trial. The very first phase of trial ended up with a vibration damage to the deck when the thruster pods was running independently at high speed, the primary and the emergency power systems were activated simultaneously and the circuit breaker board melted. It was later discovered that the propeller nuts were excessively corroded and there was a crack in the hull. In July, after the repairs were made the deck was set for a second phase of contractor- run sea trial which ended up by early September. 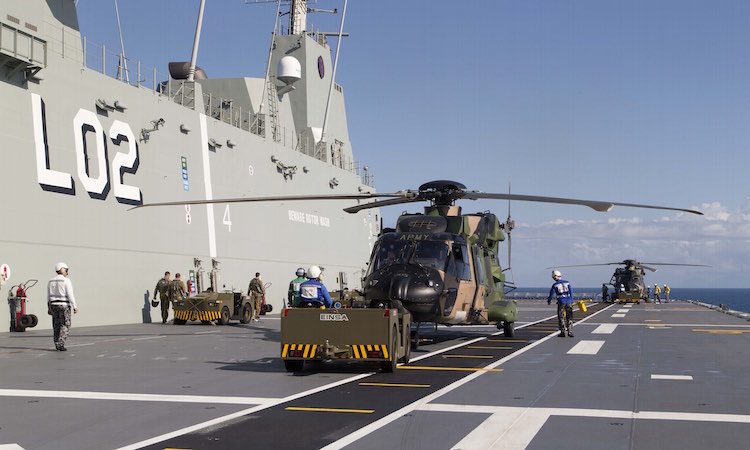 HMAS Canberra was then handed over by BAE Systems to the Defence Materiel Organisation in October 2014. The ship was commissioned on 28th November 2014 at Fleet Base East. Canberra gained the pennant number “L02” on commissioning, the pennant number corresponding to that used by the frigate of the same name.

Different types of Boiler Mountings, their purpose and Functions

Boiler is an important piece of machinery  that is being  on ship. It is used to generate steam and in turn this steam is used for various purposes like heating of fuel oil, laundry etc. Since Boiler is a pressurized vessel and it is needed all the time, proper functioning  of this piece of equipment is always necessary. There […]

Chief Engineer is the sole head of the machines and matters related to the technical area. Machines that are in the engine room and those who are on the deck are all comes under him or her. Being head of the department that makes the ship to move in the waters, he or she needs to have knowledge and […]