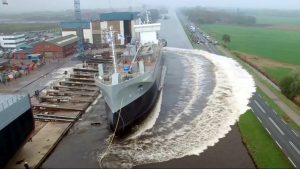 June 15 Deadline For Crew Change is Over, So what’s Next?

Last month, as we all are aware that various unions around the world gave a deadline to all member states and related parties regarding crew changes. In this last one month we have seen some crew changes taking place, but mostly nothing in terms of what we expected. Or maybe this is the best you […]

Malaysian Maritime Enforcement Agency (MMEA) has detained a merchant ship due to dropping anchor at an allocation which is not permitted by them. Both Captain and Chief Engineer of Vessel MT Marquessa have been detained and amount of $23,000 (RM 100,000) imposed as fine to the vessel or 2 years Jail term after conviction to […]