Bunker refers to the fuel oil for the ships. Ever since the advent of diesel engines, the problem associated with the fuel supply to the ships like dirty oil, less oil etc are quite and are faced by the ship staff every day.

With oil being the most important when it comes to running cost in a shipping industry, it becomes very necessary to identify the bunker frauds that are carried out these days. Because even a margin of few metric tons, makes the company to go in losses. So here are some of the bunker frauds.

The most common one. The sounding tapes that are used by the bunker barges are not as standard as it should be. So if you compare their tape with standard tape, you will find the discrepancies. The tape they are using will have more length for particular length. For example, their 1 meter length might be more than 1 meter length of your ships sounding tape. Thus they show more oil in the tanks of the barge-the straight fraud. 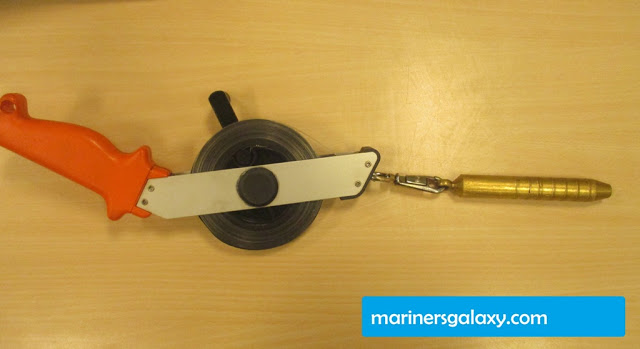 Temperature plays a quite important role, and is to be taken under the considerations very carefully. To keep a check on this, ship crew uses the temperature gauge on the bunker line. This way you can tell the barge guy, at what temperature they are supplying the bunkers.
Read: Changeover Procedure of fuel oil for different zones in the World

Or you can use some digital thermometers for measuring the tank temperature, when you are going for the sounding of the tanks on the bunker barge. Especially the tanks that bunker barge will use for pumping the oil to the ship.

As name suggests, you have air and oil too. Every bunker provider has an air connection to the bunker line. This is to get rid of the oil in the line after the bunker operations are over. This is a good thing.

The bad part comes; when they will crack open this air blow valve. The result will be that, you get bunker with air, which obviously put the level in the bunker tank to high level, because sensor only senses the liquid. So after few days, you will see a less oil in your tanks, because the air they mixed is gone now.

After discussion with the barge people, you can seal that valve. Needs to be opened, only when the bunkers are finished.

Well usually we don’t pay attention to it. When we take sounding on ships we always consider the trim, but when we are taking bunkers from barge, we should check their trim also. This will give you the exact value.

Normally the bunker barge crew will not accept what you are saying when bunker are over, and you have reported about less volume that you have received. But if you are keeping an eye on the frauds they might do, then you will be getting away from being cheated by them.
These days, even after taking so many precautions, ship senior staff has a difficult time when it comes to get the exact bunker volume. Most of the time they are short of somewhere around 5-10 tons of oil. Standardization of bunker survey, still does not helps much.

So these are some of the common bunker fraud that we see these days. There might be others also, so if you have something to share, please write in the comments.

Air compressor is an important piece of machinery onboard and if checks are done on it in a timely manner, it will help machine to run for a longer duration and time between the overhauls will increase. Although checks are very basic for this time of machinery, but they are quite important. Air Compressor Checks- […]

Shock of coming home from the Ship

The culture shock of coming home from the ship and having to relearn how to be a part of society. The moments you spend re-examining yourself in the mirror because you forgot what you really looked like out of the ships clothing. The bruises, cuts and scars from working in the harshest environments and conditions. […]

Saturday Routines or Weekly checks on Ship for Engineers

This article discusses about the Saturday routines or Weekly checks on ship that you need to carry out every week for crucial machineries like fire pumps etc. In this post we will see the comprehensive list of some of those crucial activities that we carry out onboard every week. Saturday routines (may be Friday checks also), are called as weekly […]