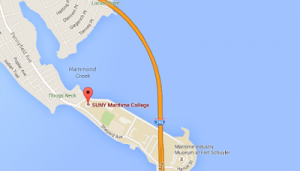 Recently Maersk suspended 5 crew members in connection with allegations related to rape and sexual harassment of a female cadet at sea. According to the blog post by the female cadet, it is not only her but several woman cadet have suffered similarly and this is one of the dark side of shipping industry which […]

Am So Brave Because I am a Sailors Wife

It’s certainly being brave being a wife; no matter whose!  Am sure you’ve heard the saying, Men are from Mars and women are from Venus. I haven’t read the book though, by the same title written by John Gray. It was always on the back burner and still remains there! May be one day soon I […]

What is Shipboard Ventilation, and Low and High Velocity System?

In this article you will get to know about the shipboard ventilation system used on ship. Furthermore, the two system namely: high and low velocity has also been discussed in detail. Shipboard ventilation is a necessary action that needs to be carried in order to protect the cargo that is being taken on ship from […]