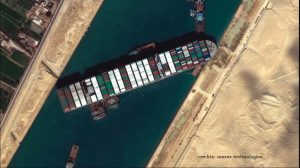 An Indian 3rd Officer ( Mr. Subobrata Biswal) went missing from a Bulk Carrier named as MV Federal Mayumi- Anglo Eastern. He hails from Bhubaneswar, Orissa, India. As per the official letter which was issued by the company (Anglo Eastern), he did his regular watch of 8:00-12:00, and was relieved by 2nd mate on 13th […]

Deadliest Naval Wars In The World Ever

Naval warfare is a conflict in and on the sea, the ocean, or any other major water body. From past 3,000 years, humans are involved in naval battles. With the construction of innovative warships that could independently aim heavy guns external to the hull, the number of battles have increased. Out of all those deadly […]

High Voltage advantages on ship have been discussed in this article, as why it is good practice to use HV systems on ships. But before that we need to know what is high or low in shipping industry.As per the norms in the shipping sector, any voltages above 1000 volts are considered high voltage. Slowly […]