A ship was recently detained in one of the ports of Australia. And the deficiency was that several crew members’ contracts have expired and they have not been repatriated to their home land. Well though this brings to the notice of the whole world that seafarers have gone way beyond their tenure, but not many ports are allowing for crew change. It might push ship managers for crew change since now ports will start putting this as deficiency but if the resources needed for crew change are not available then how ship managers are supposed to send seafarers back to home.

Lot of ship owners are demanding for limited availability of international flights so that crew change can take place, without which small operators are finding difficult to bear the expensive crew change operations which usually uses chartered flights.
In middle of this seafarers are among the ones who suffering the most. It might happen that if ship are detained all over the world, the interrupted supply of cargo, might force all the government across the globe to start with crew changes. 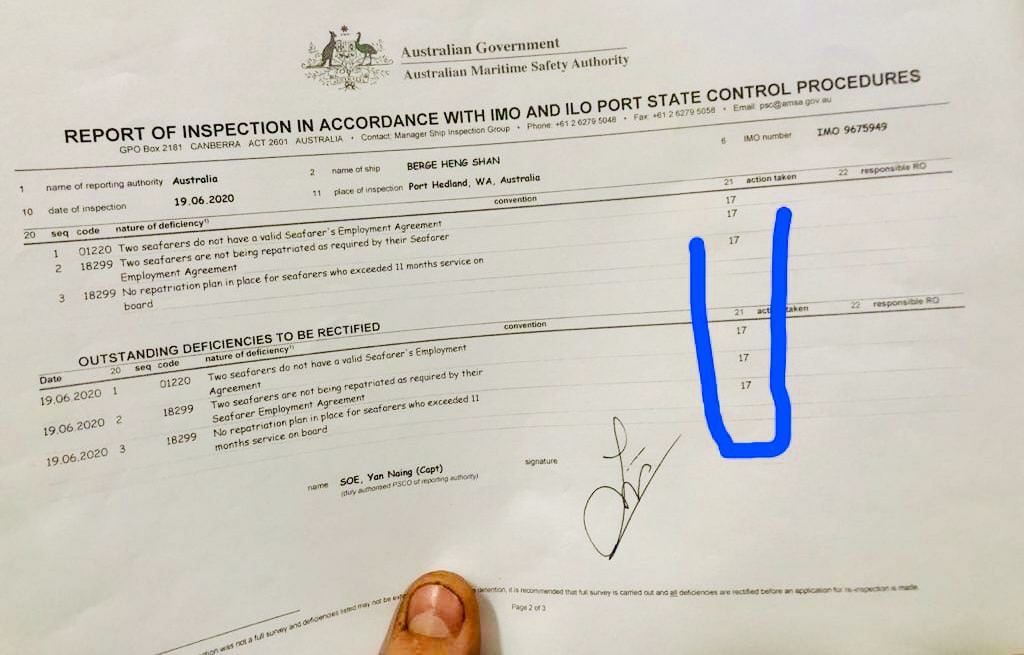 More Cruise Lines to Sign off Crew in India- Details Inside

After crew of cruise ship Marella Discovery, managed to sign of crew members as per the new standard of procedure that is setup by the government of India. Other cruise ships will sail to India to sign off the crew which is stranded in various cruise lines across the world. This is certainly a good […]

Oil Tanker Explosion Due To Sea Mine Near Yemen Coast