I was told to write an article covering the dos and don’ts that a lady should follow when she joins her husband on the ship. By virtue of me being married to a mariner, this is but naturally expected from  me. I have a blog so I guess that automatically makes me the person to do the honours. I am grateful for the privilege…. but there’s a little hitch. The little hitch is that I haven’t sailed with my husband yet! When I was to write on the topic I spoke to him on phone, enjoying the luxury of Whatsapp calling (of course when the time zones don’t clash and he has the time to talk). I was pulling his leg saying that I wasn’t qualified to write on the topic as I hadn’t sailed with him. I felt he really took it seriously and was clearing his side of the story by telling me that it was actually me who had no time and suffered sea sickness! I said that was long time ago, may be not anymore; as I’ve been riding the waves ever since we became husband and wife. Jokes apart, I have sailed on a ship not with my husband but with my dad, who was a saturation diver and a marine commando in the Indian Navy. It wasn’t a long sailing but long enough for me to have lasting memory. The voyage was from Chennai to Port Blair that used to take 4 days. Dad was posted to Port Blair from Cochin and we all moved there. The only mode of transportation was either the ship or the aeroplane. The option two was ruled out as we’d be travelling with a lot of luggage. Secondly dad wanted us to experience a proper voyage, though we all had been a part of day sailing on the naval ships as a part of the family day celebrations. Had that ‘little extra’ privilege to go boating on the high speed boats called the geminis with dad, when he was an instructor at the training base.

It’s important for the people to understand where I come from, only then the sailing or lack of it will make sense to them.  Here we go, I used to have motion sickness as a child, have never sat on a Merry go round till now! When visiting Fairs I must have only seen the “Maut ka kua” or the Well of Death, my biggest adventure and never tried any of those fancy rides. Even now when I take my children for the neighborhood fairs and they want to go on the rides, I look for a volunteer, buy him a ticket and make him sit with the kids.

Getting back to the story,  I was in 9th grade when we had to go to Port Blair on dad’s transfer. He was wondering whether I should go on the ship or by flight. It would require a lot of planning and making logistic arrangements in case I had to take the plane. So it was decided that we’d all go by ship. My younger brother and sister were excited but I had mixed feelings. Anyway, Dad got the tickets for us on one of the biggest passenger ship’s of that time and in one of the best cabins ( in the lowermost part of the vessel so that the rolling and pitching wouldn’t be felt much). My preparation for the voyage was a camera with additional rolls and avomine to see me through the voyage. We got into the ship, the on boarding experience was great. We still had time till the ship set sail. I took an avomine and gave one to my brother and sister. Guess what?… we all fell asleep and when we woke up the ship had left Chennai. The moment my siblings woke up and saw just the sea everywhere, they blew their tops! They never forgave me for making them miss the opportunity to see the ship leaving the harbour.

How Sailing Has Eluded Me

Got engaged to my sailor in April’ 2005. We had a courtship of about eight months, during that time; like all couples do we would discuss many things about us, life, our life together etc. He was sailing as the chief mate then. I made it clear to him that I wouldn’t want to sail with him for long periods of time (for obvious reasons, as already covered in the background) as I had a career too. He wasn’t really looking forward to it either. Just imagine a man who wasn’t open to getting married in the first place was walking that path. Wife being with him even at work may not have been an ideal situation for him or any other man for that matter … am just guessing! We got married in December that year, the very next contract he was promoted as the Master. When I joined back on work after a vacation of two months, a colleague told me that it was such an adventure to sail on a ship and see the world. She suggested that I should do it as it was privilege that I could enjoy as a sailor’s wife. She added how that was the right time to spend quality time with hubby, get to know him better, his job and also have a long vacation with him. I thought really deep and hard, it was a privilege for sure but pregnant women were not allowed onboard. She got to know later why I was still going to work and not sailing around the world with my husband.

Three years I couldn’t join hubby as children less than two were not allowed on the ship. Elder one turned two, thought of doing his passport as we could join his dad if an opportunity arose, that is, my vacation and hubby being at a convenient port. Ultimately didn’t hurry with the child’s passport as we discovered that he was to become the elder brother soon! We had sailing restrictions for the next three years as well. 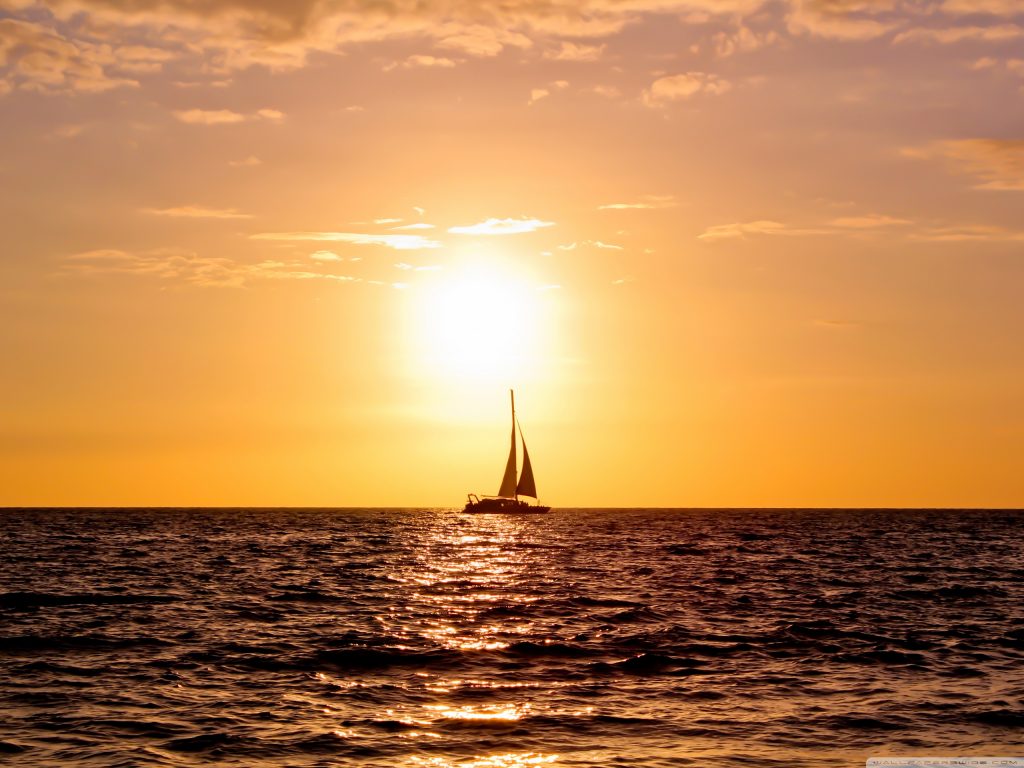 When the younger one turned two the elder one finished his kindergarten and had to be admitted in the bigger school. Getting into a good school is a bigger challenge than even college admission. I was handling two hyperactive boys, my job and home. Sailing was stuck somewhere in between the higher responsibilities. Ten years went by we trying to balance our careers, family, children’s school and our love for road trips. Now is the ideal time for us to plan a mini voyage with hubby. May be have the school vacation and my leave matched so that we can experience at least 30 days of being on board a vessel.

Tips For a Great Sailing Experience Onboard

So what if I haven’t sailed yet I know what is to be done! Have discussed with my sailor and also have heard from the ladies who have sailed with their husbands. Here are a few tips that can be followed:

1) You must carry all things that’d require while onboard, clothes, medicines, cosmetics etc.
2) You can catch up on your sleep.
3) Read books that you didn’t find the time for or watch movies that you missed.
4) Enjoy the sea and its vastness; imagine getting those click-worthy views.
5) Do your yoga or use the gym and remain fit. In fact the routine onboard will keep you in great shape, both mentally and physically.
6) Write your blog / story/ poetry or click great pictures that can be kept for eternity or shared with family and friends.
7) Help in the kitchen planning menu or sharing some great cooking tips and most loved home recipes.
8) Help organize festivals, special occasions or parties.
9) Participate in the drills and follow all safety and hygiene rules
10) Be on time always.
11) Help organize things for your sailor, his laundry, food etc.
12) Don’t interfere in his work but help him perform better.
13) Help the cadets doing the deck job or just chipping and painting, it’ll be fun for you and they’ll be motivated too.
14) Use shore leave to go out and see new places, whether with your husband or alone if he is tied up with work.
15) If you are a professional such as a trainer or a doctor you can organize some training classes for the crew.
Organise fun activities such as games or contests that can keep everyone engaged and it’s a good pastime during long sailings.
16) If you have your children with you then you must ensure their safety.  Take care of them without causing any disturbance / inconvenience to anyone including your own husband especially during working hours.
Read this: Things as a queen you need to carry onboard.
You’ll get so much quality time with your husband, remember he will be always on board and not joining his boys group every now and then that some ladies are not really fond of!

Above all enjoy your time on board and create happy memories!

Bon voyage to all the ladies who are joining their husbands onboard and for the others who can’t, get the inspiration from me! I have waited for my time under the sun, just to feel the surf. I know when it happens it’ll be like a dream. And Dreams are beautiful.

All views and copyrights belong to the original author.

Now that we are in the New Year 2017, I am sure just like me you all also feel so full of brand new hopes, aspirations, dreams and enthusiasm. Some people take the exercise seriously and make New Year resolutions. I haven’t done that activity ever and neither will I make any resolutions this year. […]

Marine engineering as a career, Job Scope and Salary

Here get to know about all the main engine alarms and Trips that we have for the main engine. Most of the times, this questions is asked by the oral examiner. In fact it will be beneficial for those who are going as a officers of engine room. So here is the list of alarms and trips that you […]

2 Replies to “Read: The Wait for ‘My Sailing Dream’”