MIS 2016 DP World Prize, the new initiative by the government of India. Under this Ministry of Shipping and DP World will give a cash prize for the startup in the maritime and associate sectors. This is the ongoing strategy that government of India has adopted in every field to encourage the formation of startups and thus, to give support to the new talent. Here are more details about this.

Applications for this were opened from 23 March 2016 and last date was 1st April 2016. As predicated this event got lot of entries, from various startups all across the India.

April 5th was the last day when the 5 selected start-ups were called in front of the jury. They all had to show their business idea and how it will work. Mr. Deepak Parekh, who is the chairman of HDFC bank, was the main jury. He was impressed by the different ideas that participating teams have brought. 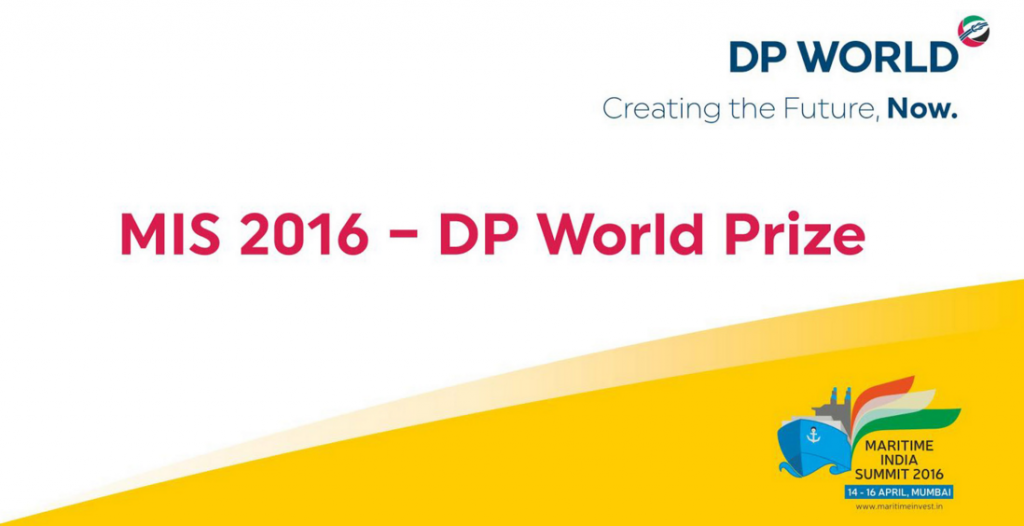 The names of the finalist are here:

Planys: A startup that focuses on building automation for the maritime sector.

Zarrots: A company which deals in the sector of tracking the fuel consumptions.

Sagar Defence Engineering: As name suggest, they are building unmanned boats to provide these to the Indian Navy.

Volteo: A firm which has developed software which will give ‘price per feature’ model. So now ports don’t have to pay so much for that expensive software.

VMM: A firm working on the concept of container management.

The prize money was 1500000 INR or 22.5K $. This event if part of the ongoing ‘Make In India’ concept that Indian government has started.

Sagar Defence Engineering was the winner for this startup event. They won 1500000 INR as cash prize. Congratulations to them.

How To Apply For This

Application process was really simple for this.

First you need to download the form from here. Need to fill all details about your startup or idea.

After you have successfully filled the form, you need to send it this email id govinda.taparia@investindia.org.in

The immense success that Maritime India Submit has got (Read about it), now it might be conducted on regular basis as well. This has surely given a common platform for all the people who are connected to the maritime sector.

Types of Fire Extinguishers used on board ship

My Sailor’s Love: A Personal Tale By A Queen

Received a forwarded message  on my whatsapp and I felt it being so true. Sharing it here with due credits to the author, poet or sailor. Salute to him for beautifully expressing his thoughts and sharing a page from his life, speaking not just for himself but the entire fraternity.  I know they are men of […]

Ballast Water – Is it the necessary evil?

My research work in the under grad program was on the eco friendly hotels, that’s what they were called way back in 1997. Early 21st century gave a great nomenclature to the environmentally sensitive hotels calling them Ecotels. I have studied various ecotels across India learning about the concept, procedures and practices. That sensitization in […]