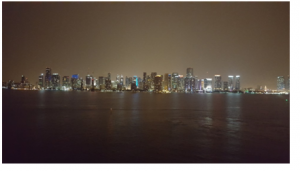 HMM Algeciras, which was recently launched by the Hyundai Merchant Marine, left the port of Yantian with whooping 19,621 containers on ship. Ship is now bound for Rotterdam. The previous record of carrying maximum containers was MSC GULSUN, which carried 19574 containers. Surely it is a buzz in the shipping world as biggest container ship […]