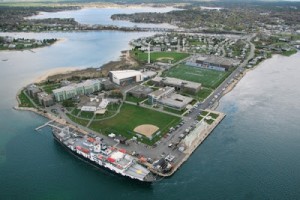 A Hong Kong Flag Registered Bulk Carrier MV Vienna Wood had a collision with a fishing boat near the Cape Calavite, Occidental Mindoro. Fishing Boat FV Liberty Cinco was hit by the merchant ship (Bulk Carrier) on Sunday at around 1 A.M. As per the latest news by the coast guard who was assisting in […]

Collision between Container and Bulk Carrier in Singapore Strait

There has been an incident of collision between a container ship (Iranian) and Bulk Carrier (Indonesian) in Singapore Strait. As per the news, container carrier suffered a major damage on the port side, with possible hull breach. After collision, both ships grounded. Mostly this was after collision to avoid each other way. Name of the […]