As a project, world’s first commercial ship that is being pulled by a kite sailed across the Atlantic. Name of the vessel is MV Beluga SkySails and sailed from Germany to Venezuela in maiden trip. The project was launched in the year 2008. The idea is that a big computer controlled Kite will fly 200m above the ship. The pull generated by the Kite is said to reduce the fuel consumption by 20% to 30%. This in turn will reduce the carbon emission from the ship and also the cost incurred for buying fuel. 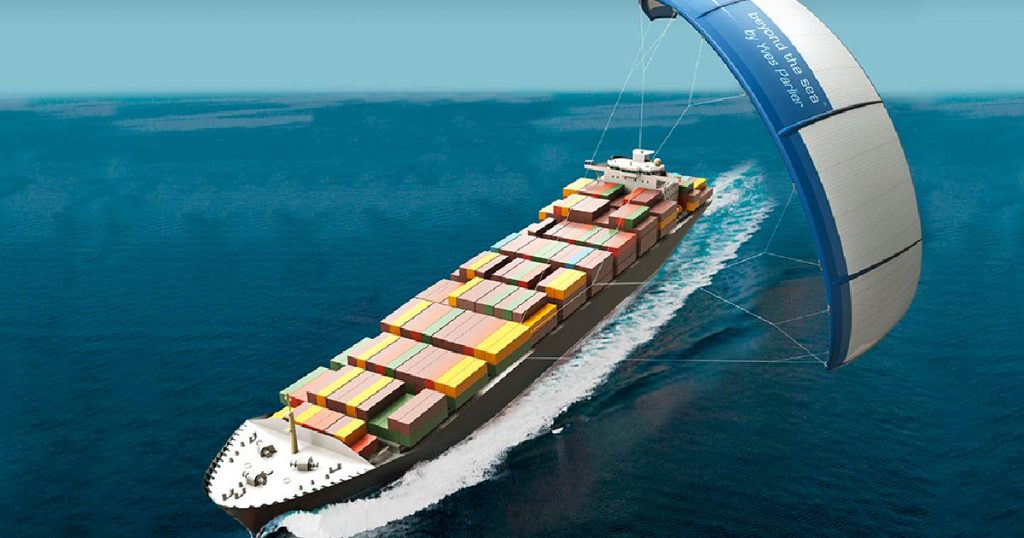 A special aero foil shape kite is attached in front of them ship and the direction of it is controlled with the help of control rods which are again controlled by the computer assisted direction setter. This helps in aligning the kite in the direction of with wind and gets the maximum output from it. Due to lift, the rolling of the ship is reduced to a greater extent. Rope used for this system is made of high strength carbon fiber and thus, it can withstand a high pull.
The control ropes for the kite are computer controlled.
MV Beluga is a small container ship, but this green ship technology is showing results to the world. If by any means we can cut off our carbon emissions around the globe, then why not use that technology for that. Solar and Wind energy is at the abundance at sea. 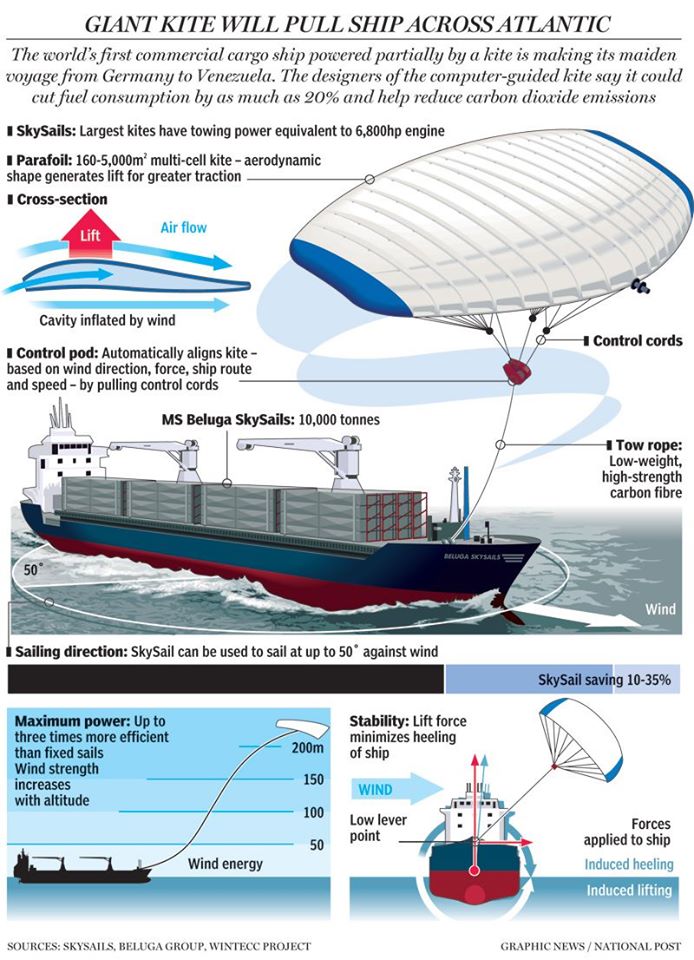 Hackers Breached Networks of Key US Maritime Port: Details Inside

As per the news coming from the maritime industry, there was a major intrusion by foreign hackers on the computer networks of one of the most important maritime port in United States. Though there was no affect on the operation of this busy port-which lot of news networks are calling PORT OF HOUSTON. The database […]

MSC Sued in US under Helms Burton Act: Details Inside

Helms Burton Act extended the territorial application of the initial ban to apply to overseas companies trading with Cuba, and penalized foreign companies allegedly “trafficking” in property formerly owned by U.S. citizens but confiscated by Cuba after the Cuban revolution. MSC is involved in cargo operations at the Cuba’s Port of Mariel was sued by […]

Hong Kong port has made changes to their crew change rules. Now crew members can easily sign on and sign off from the Port city without restrictions. The new rules have been in force from last night, thus relieving lot of seafarers who wants to sign off or sign on. As per the rules, seafarers […]