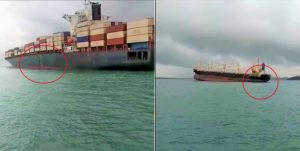 Chief Officer Resigns on Ship Due To No Sign Off?

A letter from a chief officer to his company has come into social media in which it can be read that he resigned from the rank of chief officer. The reasons mentioned in this are mental stress and physical exhaustion. This is most probably due to late sign off as you can see the joining […]