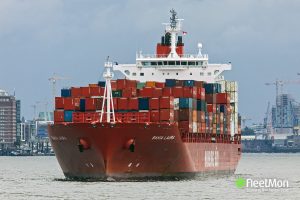 As a project, world’s first commercial ship that is being pulled by a kite sailed across the Atlantic. Name of the vessel is MV Beluga SkySails and sailed from Germany to Venezuela in maiden trip. The project was launched in the year 2008. The idea is that a big computer controlled Kite will fly 200m […]

MAERSK to Invest in California based Methanol Startup

Maersk, who is by far the largest shipping container company have future plans of cutting completely on the heavy fuel oil and only using methanol. They are confident about the reduction in gases which affects the earth environment. But for that happen they need quite large quantity of methanol to drive their industry. For such […]