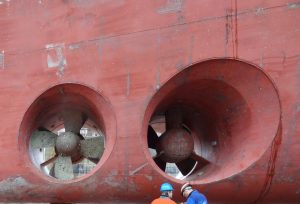 Several trade and employers unions have given maximum 15th June as extension to seafarers who are over their contracts, after that they need to be signed off. A statement which was issued by the two organizations ITWF and IMEC have said government of various countries to work upon the plan which is made by IMO […]

In an effort to bring the life to normalcy (as other countries relaxing the movement of people), Philippines government has eased the restrictions on the overseas travel for those who want to go outside the country for work. This is valid for both seafarers and other land based installations. Seafarers will be able to join […]

MV X-Press Pearl to Be Declared As Complete Loss-Owner

Tragic incident related to fire which happened on the MV X Press Pearl seems to have resulted in complete destruction of ship structure as seen from the images. As per the owner of the vessel, ship will be declared as complete loss. As per the media reports, the ship was denied entry in other ports […]