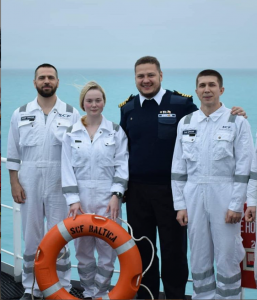 Good news for the people of Philippines as 327 Filipino Seafarers who were stranded in two ships namely Costa Diadema and Costa Victoria safely came home back home. The crew was brought back from ITALY. Following organizations played a key role in bringing back the stranded Filipino seafarers around the world. The Maritime Industry Authority (MARINA) […]

Recently Maersk suspended 5 crew members in connection with allegations related to rape and sexual harassment of a female cadet at sea. According to the blog post by the female cadet, it is not only her but several woman cadet have suffered similarly and this is one of the dark side of shipping industry which […]