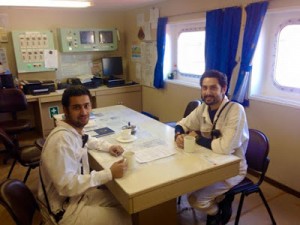 Philippines, which is a nation composed by group of several islands, is the hub for maritime workforce. A small country in the world, but the largest provider of maritime professionals all across the world. It is said that from every house in Philippines, there is a sailor always. So we thought of writing an article […]

‘WE WILL STOP THE SHIP’-says crew after No Sign off

Delays in sign off are putting seafarers at a great mental stress. As we can see in the letter that a crew of a ship has wrote to the shipping company that they are well over their contract lengths and would like to go for sign off. The details of the crew members have been […]