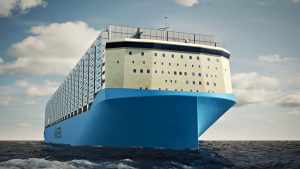 South Korea to INVEST $1bn in Shipping amid CORONA Epidemic

As we are aware that world economy is suffering a lot because of the outbreak of the corona virus, shipping sector is also impacted by it a lot. Oil prices have down drastically affecting the tanker market and container shipments have also reduced leading to blank sailings. The ship building industry too has been affected […]