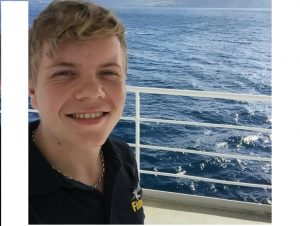 Read here about the questions those were asked by the United States Visa Counselor for issuing US C1D Visa. These questions will help you to prepare yourself for the coming interview. US C1Dvisa  is a type of US visa which allows, people working on airplanes and vessels to join or transit through the United States. So, anyone who is […]

As the news is coming, third officer onboard a chemical tanker named as ‘MV AYANE’ shot dead Chief Mate and Captian onboard the ship. Incident took place around 23:30 on 23rd October, third officer after killing both officers, called up on VHF and talked to authorities regarding what he has done and wants to surrender. […]

MV Evolution- Bulk Carrier (Liberian Flag) was abandoned by its owners when US authorities detained the ship in Charleston. For four months crew was not paid for their work and they are stuck on ship. Out 21 crew, 19 are Filipinos, 1 Jordanian and 1 Lebanese. The vessel was sold to a new owner so […]