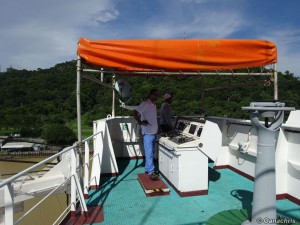 As per the news coming from the Brazil, that one crew member from MSC ship ‘Giselle’ was tested positive for COVID-19, after he complained of stomach pain. Later as a precaution he was asked to go for corona test, which came positive. Ship arrived on 8th of May into the port of Santos. But after […]

In an unfortunate incident, one of the ultra large container ship Maersk Honam had a major fire incident Maersk Honam Fire Incident Ship was travelling from Singapore to Suez. Ship is 2017 built and fire reported in one of the holds at 15:20 GMT around 900nm southeast of Salalah Oman. 27 Crew were there on […]