In India, crew changes in homeport started somewhere from 24th April. This move by the government helped a lot to the ships who were calling Indian ports. Also some ships altered their routes a little bit to reach Cochin Port Anchorage for crew changes. Though majority of seafarers are Indian, but some foreign nationalities to have been reported that were part of crew change process.
DG shipping the prime body In India related to maritime sector has released the data for number of sign on and sign off recorded in each port. Mumbai and Cochin leads the slot. The prime reasons for Mumbai is that the location and also being financial city. Cochin emerged as top destination because the fluency in the crew changes operations.
Numbers stated here are from 23rd March to 15th June. 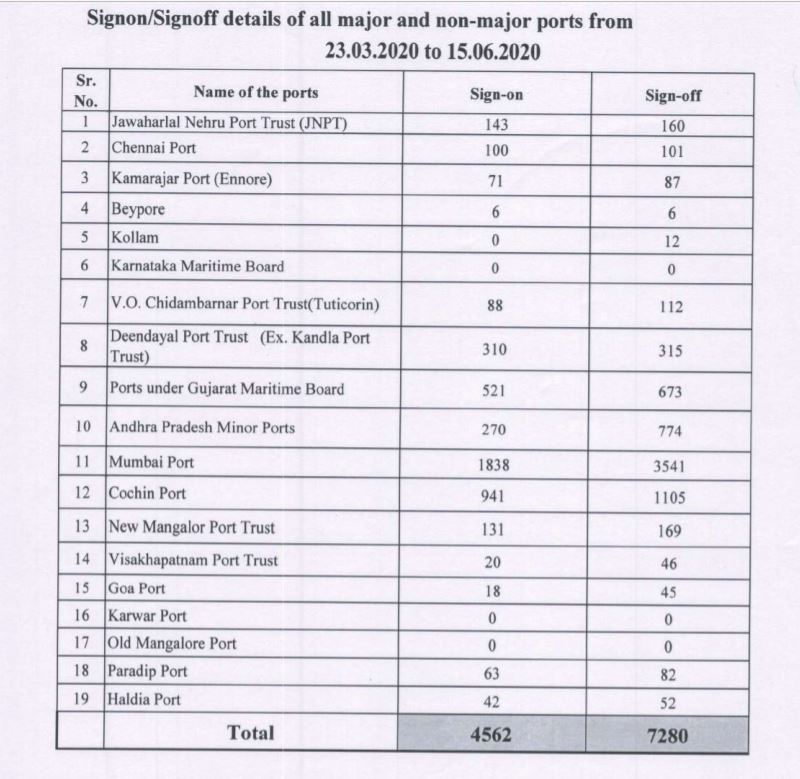 READ  HMM Algeciras is the NEW LARGEST SHIP in World

Why I Choose Sailing as Profession Being a Girl

So, this is one of the frequently asked questions and I feel fortunate enough to answer them. There are many definitions that explain the notion of emotion. But as long as I remember, I’d always dreamed to work out of the box, which is not very conventional. People might think that it’s “too classic” to […]

As we know that Cochin has become a favorite spot for the crew change when it comes to Indian seafarers. Reasons are many but its location and ‘NO FEE’ for anchorage makes it favorable for carrying out crew changes. As per the official figures port has 3 tugs (Tugs are vessels which are used for […]

Australian Sailor Robbed At Gunpoint by Pirates In Bali

Tadeusz Nowicki was sailing in his yacht near Bali when 10 armed pirates boarded the yacht and robbed everything. Following items were stolen like passport, Radio, Food, Fuel and even steering wheel was taken off by the pirates. And was left to die, without food and water. Tadeusz was able to activate emergency positioning indicating […]