Skip to content
Get to Know Insights of Marine Pollution like what is it, who is causing it, whom it effects, times when it happened worse and why the situation is so grim.

Water, the very essence of life on earth, the fluid that flows inside every cell, the one who makes this ‘Blue Planet’, is no less than immortal fluid. Life devoid of this clear fluid is out of our imagination, literally. Without wasting time let’s cut to the chase to our minute fledgling thoughts towards creating awareness about this menace. 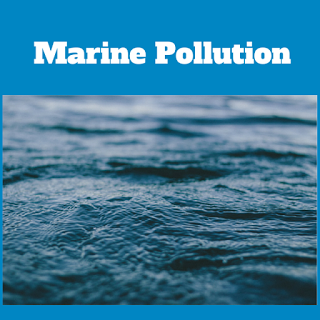 The Prologue About Marine Pollution

Our origins are from the seas, billions year years ago the magic of life began there and today here we are! Even though physically we are not connected to seas any more but biologically, yes we are. From food to transportation to ecological balance, everything is linked to our water sources, but still we were so naïve to neglect the benefits that we usurp out from the same. And rest all of us know, what we are doing now, and the game of onus is all around us. Let’s first jump in to the main part, what is causing it?

With reference to seas, pollution is caused by ships, oil drilling, wastes from vessels, dumping toxic wastes and rivers (Indirectly by humans as they pollute rivers too!!) And the list is endless……

Due to ships and oil slicks from them, part of which is a crude oil, is among the major contributor. The crude oil is highly toxic for life in the water and it remains in the sea for many years. This oil once split into the water it may last there forever, as to clean that tumbles is an extremely challenging and difficult task. These spills may be caused due to accidents in sea involving ships, oil rigs etc.

To add to the misery pollution caused by oil, garbage and sewage exposure into the sea is also playing a vital role in increasing harmful marine pollution. Plus the presence of Co2 in the atmosphere is rapt by the oceans and due to this inclusion -the oceans are becoming acidic.

Types of Marine Pollution-It is growing

Let’s put this in points to clearly see what the types are:
1)   Oil-Crude, Paints, lubricants
2)   Radioactive- Dumping of nuclear waste
3)  Chemical-Run off from the rivers like pesticides.
4)    Plastic-The worse among all!!
5)    Sewage- Imbalances the BOD of water.
6)    Gaseous- Co2 Gas and other too.
7)
Garbage- We throw it like nothing, why?
Waste produced by humans such as Garbage when exposed into the sea remains there for number of years and keeps on harming the marine life. Reportedly, a large number of water animals are dying every year due to this garbage, specifically the plastic junk being the main reason of dead animals.
Sewage waste producedby human also results in drastic destruction of marine life. The pollution due to oil is a major and most impactful classification of marine pollution.  The danger to marine life comes in various forms, such as chemical discharge from industrial sources, human sewage, runoff from agricultural areas also contain harmful substance such as phosphorus and nitrogen which promote algae growth. These all factors effect directly or indirectly the marine life.

Effects of Marine Pollution- Mostly Of Our Interest

Seriously do we need to know that!! Ok so here it is, the bitter truth:
To them, Who Makes Us

The marine pollution created by oil causes severe harm to animals as well as the aquatic plants, the chemical components present in oil are poisonous for both. It badly harms the animals as they use to inhale or consume the polluted water.  Other than this, internal harm by presence of chemicals also cause harm to skin of aquatics animals and in addition to this it can cause irritation in eyes which may lead to severe conditions. The oil when collected on the surface of sea blocks the sunlight to reach plants and animals under the water. Situation becomes worse if no action has been taken for prevention of this pollution as affects the aquatic life and ultimately the whole life chain.

To The Human Beings
Pesticides that are added into the marine ecosystem cause harm to the marine food webs. Diseases and mutations caused by these pesticides are harmful for humans also. Still, people with their ignorant behavior, think that the seas are so vast that even adding large amount of impurities is not going to make any difference in the marine life.  These marine hazards are transferred to land animals as their food usually contains fish content. Potentially toxic chemicals are adhered to tiny particles which are eaten by small animals inside sea and eventually big animals and thus affect the whole food chain severely.

Over the years, constantly dumping of oils (Heavy) in to sea has resulted in forming a bed over the sea bottom. Effects? Well it is blocking the organism below and above and imbalance is getting created. Result? In that part of sea bed, coral reefs etc are dying and rest is self explanatory.
The world’s biological diversity is declined to a large extent by the harmful activities of human being and the problem is so grave that the extinction rates have been augmented several times than that of natural rate.
Seminars, donations, public awareness…..everything is there. But, we are still at the same place, and in fact we are doing it very badly now! The deep roots of the problem lies with our mentality of not recognizing the eminent threat we are posing towards us and to those who makes us. Pollution, be it land or water is harmful for ecosystem only which is ultimately harmful for human. Just to protect the human race we have to protect such natural resources we are blessed with. And when it is a matter of the most precious resource – water, only one thing comes in mind that if one should use it in judicious manner by doing this we are saving our own world.

Last Words….Why We Should Care about marine pollution?

You, I and the present flora and fauna, had and have a pretty good time living on this only living planet (They yet to discover other one) in this universe. And we are enjoying every bit of it. But….What about the future generations? What about this solid structure turning to barren land?
Being at the top of food chain, it is my responsibility to have no ‘nonchalance’ behavior when it comes to environment. Why other species should suffer for what we are doing. Either start preserving it today or be ready to move somewhere- go to mars or some fantasy land!! The choice is ours. Don’t disparage others for it.

Here are glimpse of worse tragedies that shock the very balance of ecology:

Being the central authority regulating the shipping sector,
IMO has played crucial roles in keeping check on the marine related incidents
like:
Marpol Convention 73/78
For Oil, Noxious Liquid Substances, Chemicals, Sewage,
Garbage, and Air. Also time to time upgrade of norms for discharging in to sea is also taken care of like pumping of bilge water from ships to sea with capping value of 15 PPM.
This was all from this article on marine pollution.

Hello friends in this post I have posted some of the questions that were asked in the interview of Zodiac Shipping Company. First of all I want to tell you that Zodiac is a shipping company that is mainly having tankers ships. Zodiac is a sister of tankers pacific which is also a major company dealing in the tanker operations. This article will surely prove beneficial for […]