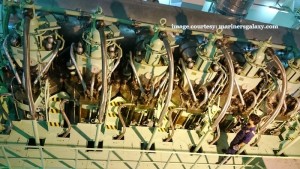 Get to know about Suez Canal history, history, who built it, what are its important, what it connects and the new Suez Canal. Firstly, what do we mean by a Canal? A canal is a long, man-made passage of water generally used for irrigation or boat and ship access to bigger water bodies. Often Canal is related to […]

MAERSK to Invest in California based Methanol Startup

Maersk, who is by far the largest shipping container company have future plans of cutting completely on the heavy fuel oil and only using methanol. They are confident about the reduction in gases which affects the earth environment. But for that happen they need quite large quantity of methanol to drive their industry. For such […]