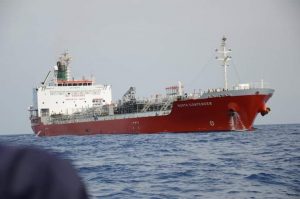 “I’d have a passport full of stamps rather than having a bag full of perfumes”. One of the few perks of being the wife of a sailor – globetrotting and an opportunity to see three-fourth of the part of the world that not too many people have an access to. Reminiscing the amazing time I […]

If you haven’t read the first two part of the story, well here are they: Part 1:  The Starting, That Month of The Year Part 2: The Departure, I…. It was rainy day, I already left for the airport. Due to heavy rains there was traffic jam in the city. when your resident of Mumbai  you […]

Corona Outbreak on another US Navy Ship

As per the news which is coming, A US Navy Destroyer ship- U.S. Navy destroyer USS Kidd- has reported the positive cases of corona onboard. Although the exact number of sailors who are affected have not been disclosed yet, but Pentagon did confirmed that ship has people which are infected by the virus. We have […]