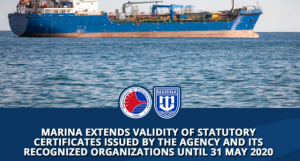 International maritime academy, also known as Institute of Technology and Maritime Engineering (ITME) is a preeminent technological institute situated in Chennai, Tamil Nadu. It was established in 1999 for the pursuance of technical education in the field of merchant navy in India. The IMA is acclaimed by the Directorate General of shipping (DGS) Ministry of […]

Get to Know Insights of Marine Pollution like what is it, who is causing it, whom it effects, times when it happened worse and why the situation is so grim. Water, the very essence of life on earth, the fluid that flows inside every cell, the one who makes this ‘Blue Planet’, is no less than immortal fluid. Life […]